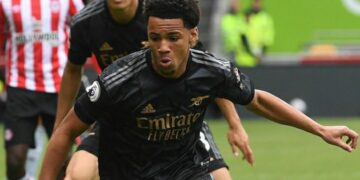 by Amalai Emmy Smilez
in Sports
0 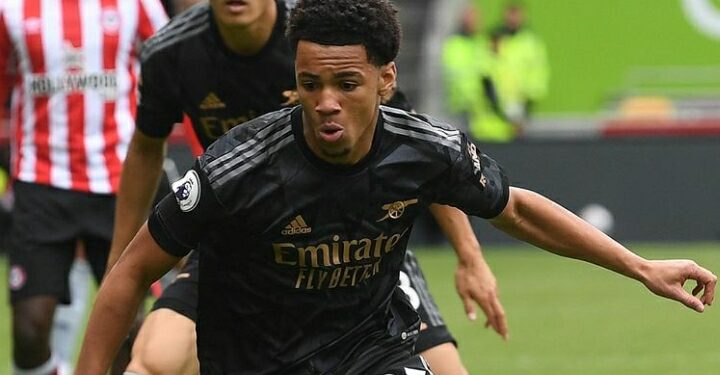 Ethan Nwaneri sets a new record for being the youngest player in English Premier League currently. That comes after making his unexpected appearance to senior Arsenal Fc team.

His full name is Ethan Chidiebere Nwaneri, born on 21 March 2007 in England. He plays for Arsenal Fc as a midfielder and he uses shirt number 83. it’s said his styles of play is more of a number 10 player on pitch, he has the capacity to dribble and the youngster is a multipurpose play who has the ability to play in any position in the central midfield.

The player has been in arsenal Fc throughout his youth career from 2006-2022. There after he joined the senior Team in 2022 and his first Premier League appearance was against Brentford on 17 September 2022. Ethan was introduced in the late minutes of the game replacing Fabio Viera.

Ethan breaks a record that was set by others, the likes of Harvey Elliott of Liverpool Fc, and former arsenal star Cesc Fabregas who was 16years 177 days old. He now becomes the youngest Arsenal player and Premier League at the same time currentlly.

The couch said that the reason he introduced the youngster was due to several injuries in his first team. Arteta said he has always been observing him play in the junior team and saw that he has a potential to offer something in the senior team.

Any Appearances in the National Team?

Yes, he has appeared on the England National Team 2022 under 16 making Six appearances with 1 goal. And also in the same year he appeared in under 17 making 3 appearances managing to score only 1 goal. The player has a promising future because at the age of 14 was already featuring in the under 16 and 17 on the English Team.