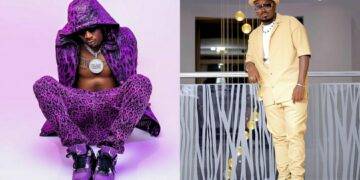 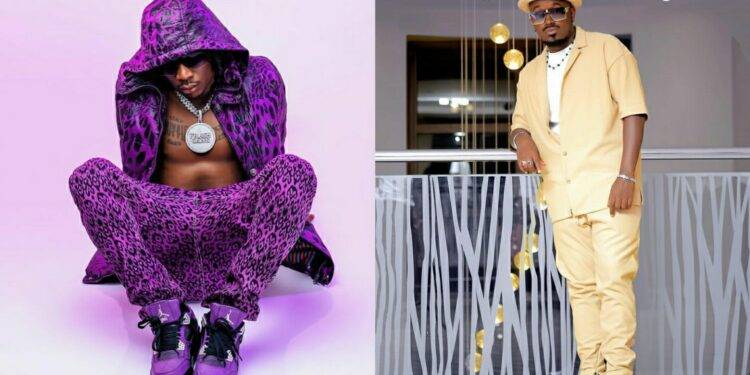 The two duos have released a hit song, that has left everyone wondering how they managed to emerge up with such a tune together. The song was produced by Bx & Artin on the beat, it’s titled Teacher and sang by Fik Fameica Ft YkeeBenda, it’s a club dancehall and we very sure it will rule the DJs playlists this year. You can get a copy and enjoy the vibe in this song for yourself.

Who is Fik Fameica?

His name is Shafik Walukaga, born 10 Jan 1996 in Kampala, Uganda. He uses Fik Fameica as his stage name and well known for Fresh Bwoy, currently is heard using King Kong in most of his music intros.

He has won several awards in music like the Zinna Awards (2), Buzz Teens Awards (2), HiPipo Awards (2) all in 2018. In each Awards he was nominated twice winning all the Six (6) Awards.

However Fresh Bwoy was also nominated internationally, in the Nigerian Entertainment Awards alongside Kenya’s Kaligraph Jones in the category of Beat Make Artist Not Nigerians.

Who is Ykee Beb

His real name is Wyclife Tugume, born on 11 November 1991. His parents are Ruth Mpakanyi and Alex, Kireka, Kampala. The name ykee Benda is his stage name. And sometmes is heard saying Kireka Boy in some if his songs to prove and show that its where he comes from.

Ykee Benda has got several achievements to talk about, he has a recording studio label Make Records which is in Kampala Uganda.

He has ever been nominated in the African Muzik Magazine Awards (AFRIMMA) 2018. Winning the best Best Newcomer Award on October 7th 2018.

The Kireka Boy has so many hit songs like Nkufeelinga, Obangaina, Ma bebe and now a hot one with Fresh Bwoy.