by Mayende Collins Israel
in NEWS
0 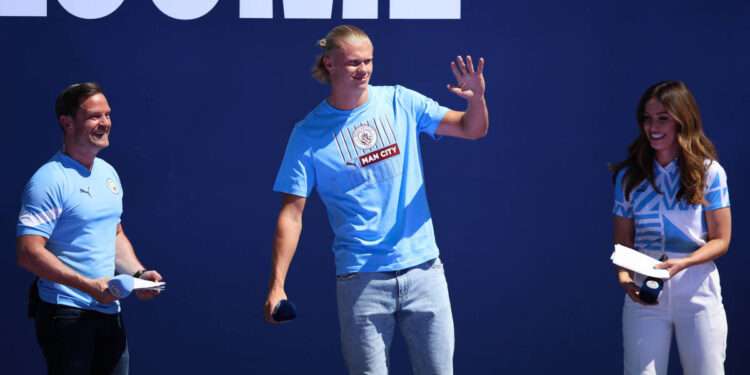 Over the weekend, Manchester City unveiled its new signings.Haaland and other three players were among the new players to join the Premier League Champions .Its Haaland who stole the show at the unveiling.

Having joined City from Borussia Dortmund in a £51 move, Haaland has gone ahead to excite City fans as they await his club debut. The 21 year old Norwegian International is one of the prolific and dependable strikers. No wonder a host of top European Clubs sought his signature albeit in vain.